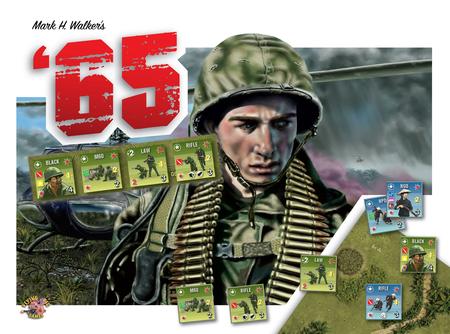 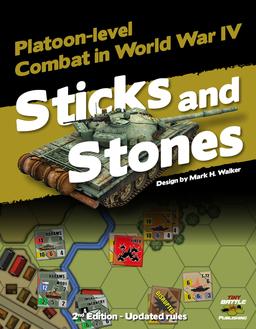 A Charles S. Roberts award winner, International Gamers Awards Game of the Year, and voted by Game Magazine as one of the top five conflict simulations, Lock ‘n Load is the game system that features "more game and less guff."

Although a squad-based game, single men also make a difference - Leaders, heroes, medics, and even chaplains inspire their men; leading them to feats of heroic bravery. Random events triggered during play add to the "you -are-there" feeling. Ambushes spring unannounced, squads panic in unforeseen circumstances, and unexpected air support saves the day. It’s all here, in a game that plays much like a good military adventure novel, and covers most conflicts from 1940 to the present day. 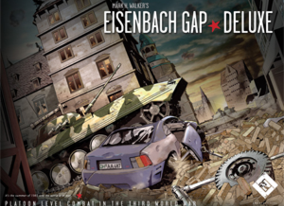 Mark has been designing board and computer games for over a decade. In that time he has designed over a dozen games and developed, produced, and published over 100 more. In November of 2014 Mark founded Flying Pig Games, a game company dedicated to publishing high-quality strategy games. In September off 2015, Mark opened the doors to a second game imprint, Tiny Battle Publishing. 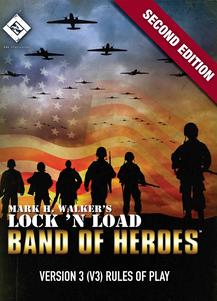 the third world war circa 1985

The World at War system simulates the war which began May 14, 1985 when the Soviet Union invaded West Germany. Each system module tells the story of a major engagement as the Soviets sweep across Germany and into France.

Fast, furious, and fun! Are you looking for something new, something fresh? ’65 might be the game for you. A squad-level, tactical game, ’65 recounts the early battles of the Vietnam War, from Ia Drang to Operation Starlight, and most everything between.

The large and beautiful counters (1" to 1.375" square) represent squads, Leaders, Heroes, Snipers, M-48 and Pt-76 tanks, and more. As these units’ commander you will move and fight over several geomorphic game boards as you try to best your opponent in one of eight, nail-biting historical scenarios.

The game is card-driven, using a system similar to Flying Pig’s Night of Man, adding a sense of delicious uncertainty to the play. “Can I advance my sappers or does the enemy have a fire card he's just waiting to play?" Click here to buy.

Sticks & Stones imagines a post-nuclear 1987 unlike anything you've seen before. Seven days after a limited nuclear exchange has irradiated most of Russia and the United States, Soviets roll across the West German border, eager to claim precious non-irradiated ground for the Politburo. American armor stationed at the border rushes forward to meet them, and World War Four begins, fought with much more than sticks and stones.

This platoon-level game comes packed with four scenarios that can be played on a single map. The streamlined, to-the-point design philosophy on which the esteemed Mr. Walker has built his name is in full evidence here, with cinematic action and tight, balanced scenarios that often come down to the nail-biting last die-roll of the final turn. Buy yours here. 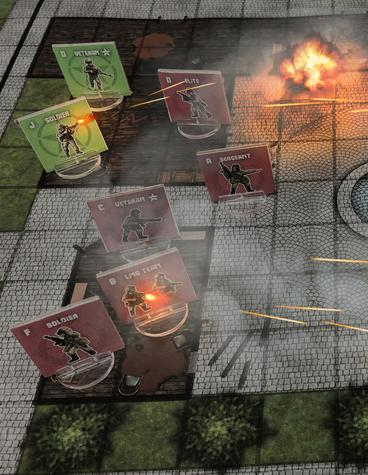 Based on Mark's popular World at War, White Star Rising depicts platoon level combat in World War II. Here is everything gamer's want in a platoon-level game--armor, artillery, and infantry that serves as more than cannon fodder, command and control, air support, amphibious landings, and desperate close assaults that leave the victor in possession of the ground and the defeated in headlong retreat, all in eight pages of rules. The game focuses on the fighting between the Americans and Germans, includes two counter sheets replete with the vehicles, men, and weapons of both the American and German armies that fought in France, Belgium, and Germany in 1944-45.

It's 1985. West Germany teeters on the brink of defeat. The American V Corps is all but crushed, and Soviet armored formations rush to the French border. In a small town near the North Sea, a temporary POW camp holds hundreds of NATO soldiers, not all of them human. A handful make a break for freedom.Welcome to Mark Walker’s Dark War: a roleplaying game set in the midst of World War III, thundering with authentic skirmishes, and screeching with the bone-chilling cries of the dark entities unleashed by the war’s massive bloodletting. It’s roleplaying military horror at its best.

A Simple Game, Dark War REBOOTED uses a simple system, based on a single rule. Anytime you role a 4 or greater you get a success. That success might mean you pump two AK-47 rounds into a werewolf, or that your nurse heals a team member, or a witch gains control of a weak-minded soldier, forcing him to fire on his comrade. What varies are the dice that you use. When building your own character, you assign a fixed number of dice (4 x D4, 3 x D6, 2 x D8) to seven attributes--Shooting, Melee, Speed, Intelligence, Charm, Will, and Dodge-- to determine what type of individual you control. The more dice and the better the dice assigned to an attribute, the greater chance you have or rolling successes. But the customization doesn't end there. You can use experience points to buy Kickers, such as "Rifles," which adds an extra D6 when firing a rifle or "Power of Prayer" that allows a character to heal a teammate within two squares. Two many options? Just choose a group of pre-generated characters from the bestiary, slap them on the provided map, and have at it. Or, if you prefer, you can fight out one of the three, included skirmishes. Click here to get yours.

'65 Squad-level Battles in the Jungles of Vietnam 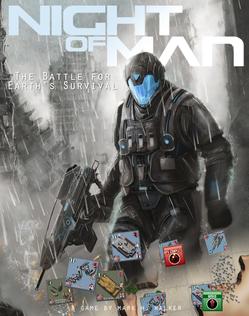