Want to game the novel? Order your copy of the Dark War Role-playing and Skirmish Game right here.

Corporal Andy Migliore is sick of mud, sick of rain, and sick of war. Migs, as his few remaining friends call him, is especially sick of the clean-shaven, fresh smelling replacements command keeps sending his platoon. But most of all, Migs is sick of his dead friend, Shank, who haunts him at every turn. Corporal Migliore just wants to get out of the war alive, but then his platoon is ambushed on a snow-covered Italian hill and he must decide what is stronger, his will to live, or the nightmares created by those he watches die. A short story.

Mark's most popular short story. An action-packed, alternate history, Total Victory is the story of Major Mahajouni Rafat, an Iraqi tank company commander during the American invasion of Iraq in March, 1991. Told in the style of the best Harold Coyle, Ralph Peters, and Tom Clancy, Total Victory details a single, pivotal battle in the invasion. But it isn't only the tale of thundering tank cannon and chattering machine guns, but also the story of Rafat's struggle against himself and the fury that courses through his blood. Gritty, real, and authentic, Total Victory will whisk you away from your living room and throw you down on a dark Iraqi dune on the night of March 10th, 1991. Total Victory is 7,207 words long, perfect reading for a morning commute. Get yours here. 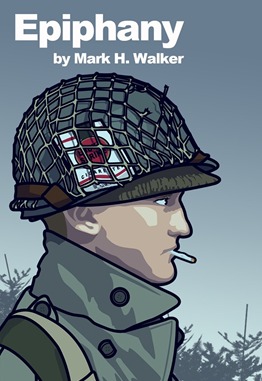 Revelation is the 2nd Edition of the novel World at War: Revelation. In this edition, the novel has been honed, polished, and made even sharper for lovers of the burgeoning military horror genre. Available at Amazon Kindle for only $.99. Trade paperback at Tiny Battle Publishing.

Desert Moon originally saw light as A Craving for Blood. In fact, you can still buy the paperback version of that book. Like George Lucas, however, I can’t seem to let well enough alone. Desert Moon has been rewritten, re-edited, changed, and improved. That and the much, much bigger audience provided by Kindle Direct Publishing, is why I’ve rebadged, and re-released the original book. If you are a reader of the original, welcome aboard, I hope you enjoy the second lap around the track. If you are a newcomer, I think you’ll be in for a treat.

The Greatest Fear takes place in May of 1985, a week into the third war to end all wars. This war is like no other. Birthed in my Dark War series of books (see Revelation above), the conflict is not only about flashing tank cannon and thundering bombardments, but also about other things, dark things, evil things that the war’s destruction has given free reign. It is amidst this destruction that Americans battle Russians, a demon raises the dead, and a soldier confronts his greatest fear. Available at Amazon. 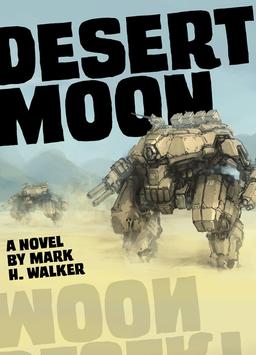 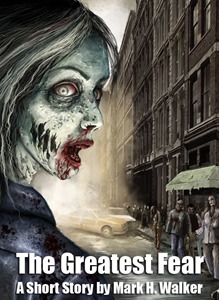 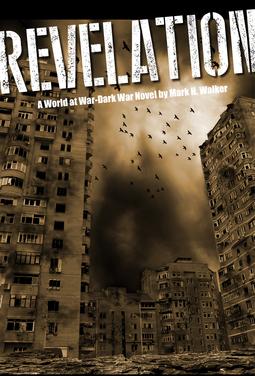 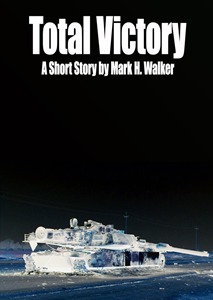 It's 1985. West Germany teeters on the brink of defeat. The American V Corps is all but crushed, and Soviet armored formations rush to the French border. In a small town near the North Sea, a temporary POW camp holds hundreds of NATO soldiers... and a terrible secret that could turn the tide of battle.

Sergeant Matt Dahl and the men of the 11th Armored Cavalry Regiment, Tiger Squadron, are committed to a desperate raid to free the prisoners and discover the truth. Yet the truth is more sinister than they could possibly imagine. It involves a formidable vampire warrior, an ancient and powerful witch, and the key to saving the world from a destructive force that will make World War III look like a small-town fireworks display. It’s up to Corporal Mike Hudson and his undead lover, Katarina, to save the world while Sergeant Dahl and the rest of Tiger Squadron fend off the Soviet juggernaut.

Welcome back to Mark Walker’s Dark War: a series set in the midst of World War III, thundering with authentic battles, screeching with the bone-chilling cries of the dark entities unleashed by the war’s massive bloodletting. It’s military horror at its best.  It’s Dark War: Retribution.

Get the paperback here, from out friends at Tiny Battle Publishing. Or get the Kindle version from Amazon.

Thousands of men, women, and machines battle across Germany. Can the Soviet horde be stopped? Can the evil that war has unleashed be contained? Revelation is the first in the Dark War series of novels, and a groundbreaking blend of gritty military realism and paranormal suspense.

“We've all read them: books that once we start reading we can't put down. Revelation is one of them - especially if one is a fan of the military thriller and fantasy genres - heretofore never combined (to the best of my knowledge) in one novel before.” -Michael J. Andress

“What a great read. Mark is a unique person; he writes books and creates great war games that act as companion of sorts to his novels.” –Devin D. Bass

"This was a real treat to read; a great mix of horror 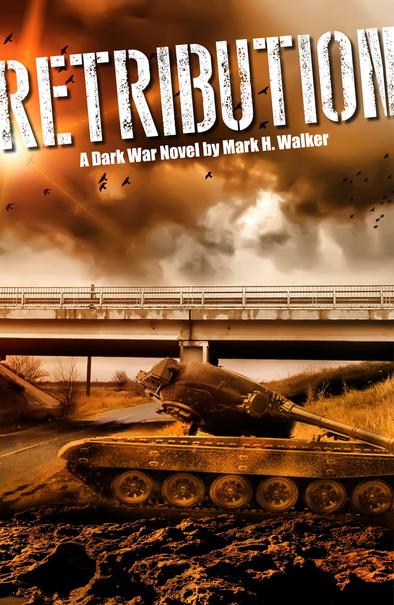 "Mark Walker has created a plausible, dangerous 24th-Century setting, and populated it with a cast of compelling characters. Desert Moon is a witches’ brew of entertainment: awesome battle-mechs, genetically enhanced super-soldiers, merciless vampires trained as unstoppable assassins, and a heroin whose motives give a whole new dimension to the adjective “conflicted.” Once you start reading Walker’s blood-and-thunder saga, you’ll be hooked. I began skimming the first pages around midnight… at three o’clock in the morning, my over-heated brain began chanting , “Just one more chapter…you have time for just one more chapter!” and the next thing I knew, the morning newspaper thudded on the front porch”
William R. Trotter, author of Warrenr's Beastie.
View on Mobile